It never happened to me before and I did have my kind of share in dating and short relationships. But now, the last one that I ended, I feel repulsed every time I think of my ex or see his photos. It happened in the last few weeks we were once again trying to make it work.

I have a history of dating men that are not good for me. I know, I work on it, but somehow, I have a nose for picking the wrong guys. Dive into the archives of this blog and you’ll read that most of my relationship advice is based on experience, and so will this post be.

It was over a year ago that I broke up with my last boyfriend. He was Mexican. We tried several times to make it work, mostly because he insisted and had a way of presenting himself when he tried to make a mense. He would polish himself, wear complimenting clothes, and would actually be good-looking. But then, when we were together he would become sloppy, and I would see the details again knowing why I had to step over so many things (not only physical) to not feel disgusted by him. It was merely his character that made him a terrible person, clingy, controlling, jealous. But I am a strong believer in 2nd, 3rd, and even 4th chances.

Now I am not a young woman, I am in my second half of life, and I should know by now how to spot a terrible person, right? It takes a long time for me to gather the nerves to tell a person “no”. But I guess what my brain can’t achieve, my body will compensate.

Even a year after the break-up, just the thought of him made me want to puke

And still, over a year after I broke up with him, if I see his name on my screen when he tries to contact me again, I feel sick. I feel repulsed by the thought of having to talk to him. I tried, on several occasions, for he insists on being friends. But I simply can’t. My body just goes against everything I try.

So eventually I blocked him everywhere. Out of self-preservation. And sometimes when I feel lonely or have a weak moment where I feel sorry for this stupid, headstrong, selfish possessive dude, I look at his Whatsapp photo in my blocked contacts and I still feel repulsed. My whole body reminds me of every detail I was troubled by while we were together.

When we were together, for the third time, I never got back to that exciting feeling of being in love. Of feeling loved. And I tried, trust me I tried, no use in patching things up if you are not willing to try. I tried in the full awareness that being older but also dating in another culture, makes it a lot harder to mix and match two lives into a harmonious relationship or into one household. But I simply could not be enthusiastic about it anymore.

Somehow his quirks were emphasized more than I could see his kind side. After a while, I realized it had not much to do with culture. But more with the kind of person he was and how he took care of himself in every way. As I said it has been over a year, and I moved across the country and live thousands of kilometers away from him, but the mere thought of him standing at my gate makes me scared and sick.

He still pursues me, I know the moment I unblock him he’ll send a text or calls me,  sometimes within seconds after unblocking. Yuck!

I realized there were red flags, if I were to advise a girlfriend and she would be me in that relationship, I would advise her to get out. But somehow I did not have the energy nor the will to end it. No clue why for I was deeply unhappy most of the time. But somehow his strong feelings for me fascinated me. And he had skills, he knew exactly what to say and do to win me over, to smoothen the ripples, and ease my feelings of unrest about his behavior.

Still, there was this feeling behind my belly button, that low urge in my stomach that told me this was not going to work.

I am not easily sick, I seldom see a doctor, but after a few weeks of dating him, I was constantly in bad weather, blatter infection, flu-like symptoms, headaches, and joint pain. My body was trying to tell me something. But somehow the bucket never filled up enough to tilt the scales. Until that one night, our last night together. He pushed me to have sex with him although I told him I had a blatter infection and did feel sick. And on top of that he bit me, he bit me hard in my thigh. What the fuck! And I started crying and he ignored that.

I remember leaving the bed, I cried softly, but he ignored me completely. I opened my laptop and started writing in my diary as he walked up behind me. Writing about me? he asked. It was always about him, I think he wanted it to be always about him. I told him: should I? Do I have a reason to write about you? And he said: it is probably nothing good.

And that moment I knew for sure, I would never do anything right in his eyes, he was always judging me, always on an ego trip and he would never be there for me as he demanded me to be there for him. I knew telling this to him, to his face would fuse his anger.  I had seen his anger sometimes, but it never really came out, but somehow that night I knew it would come out if I told him to leave. And I got scared. And that is when for the first time, looking at him I felt repulsed.

Here was a man, in my house, acting as if he owned me, judging me constantly, feeling entitled to possess everything I was, had, and represented. Not showing an ounce of empathy, just having it his own way, with his skinny legs and arms and his filthy feet and hands.

I kept silent, went into the shower, trying not to cry too loud, slipped into bed, and waited for the sun to rise and for him to leave my house. Laying there thinking, analyzing my feelings I realized I cried for myself, for what I had done to myself by letting this man back into my life.

I threw up, over and over again, and I swore to myself: never again!

That week, by text I told him not to come anymore. I was too scared of him. And when the shit storm started over text I threw up. Over and over again. All the stress, all the anguish everything came out.

It took me days to get back to a little normality. And all that time he was in my world, waiting outside my house, calling from different numbers when I blocked him, texting me.

So when I finally started on my road trip, that would take me miles and miles away from him I was relieved. But now, more than a year later I still feel repulsed by him. Even writing this article makes me feel nauseous. Because writing brings back memories.

But writing this also strengthens my belief that I should trust my gut feeling. I should trust it in the very early stages, and not drag things so long as I did then.

Dealing with the guilt

And I felt guilt about the feeling, for to me, feeling so strong in a negative way about a person is also a form of judgment. And who am I to judge a person? I struggled with the feeling, and put aside all the other things that happened in the relationship that were bad and troublesome. I looked into it, pure and solemnly to my part in this, and I came to the conclusion that it was my system shutting me down in self-protection.

I felt guilty, but I did not have to feel guilty towards him, only towards myself for allowing this to happen to me. To ignore my own well-being for so long that my body had to take over.

When your body is telling you something, trust that your body is making up for your slow brain hypnotized by mixed emotions and longings, and false belief that people can change. Making up for a mind that has not come to its senses yet. Let the language your body speaks be the force to help your brain to get to the point where you can stop hurting yourself by being in a bad relationship.

Not because maybe the guy is a bad guy, but because he simply isn’t right for you.

Thank you so much for your support

Traveling when you have debts

15 ways to fight depression while traveling 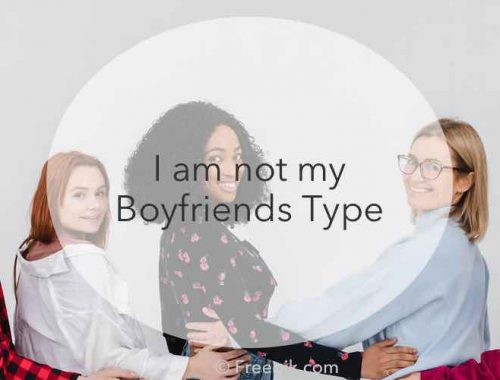 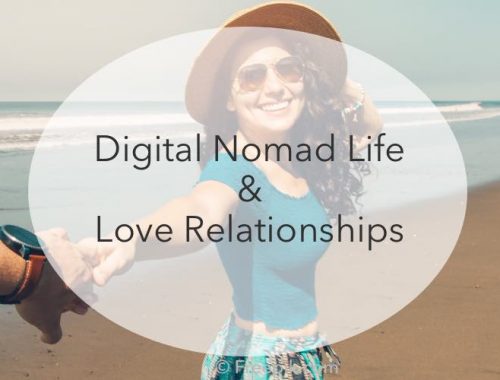