I have been living in Playa del Carmen for just under a year. I moved here after Having lived in Cancún for a while. I do not live in the hotel zone of Playa del Carmen, called Playacar, or close surroundings of 5th avenue.

Live nearby Avenida CTM and Avenida 30, in the middle of the Zazil Ha neighborhood. And although many apartment buildings are rising just a few blocks away from mine, my direct neighbors are all Mexicans.

I eat in local restaurants and shop in the supermarket down the block, and in the little shops on Avenida 30, and on Sunday I visit the local market there.

I walk around during daytime and nighttime and I do not feel unsafe doing this.

Feelings of unsafety are an emotion, an experience, it is hard to measure safety-experience

When I worked as a project manager in the urban renewal areas of a middle large city in the Netherlands, we tried to determine why people felt safe in one area of the neighborhood and completely unsafe in another.

What made them walk through alley A at night, and avoid street B even in daylight.

And what mostly influenced their experience of safety was the media. When told a story in the newspaper about an incident it would start a life of its own in hearsay and gossip.  And become a wild story without any facts to it.

And that’s what made people scared of certain areas. We agreed with the local newspaper to write in a different way. And within 6 months people felt safer in the neighborhood.

Did the neighborhood change? Not at all, not yet. It was still the same area, the same households, and the same cultural melting pot. Low pity crime rates and some hassle within cultural differences and stigmatization and labeling of certain groups, domestic violence, but nothing out of the ordinary.

Sometimes feelings of being unsafe are based on fear

Why did I share this story? As an example of how the press can make and break the image of a country or city. When I see a BBC documentary or newspaper article that is more fictional than facts, where I clearly see places in both Cancún and Playa del Carmen mixed up in one story and where I see for example an ongoing nearly finished building project mentioned as abandoned houses that make an area unsafe, I wonder how come that some news agencies would spread such false news based on fiction.

Am I ignorant and stupid when it comes to safety issues? No, I am not. I traveled the world and I know when and where I should be more aware of safety and where I can walk around without worries.

Does an incident make a place unsafe? I doubt it, it is what it is, an incident. And anywhere in the world, it can happen that you are in the wrong place at the wrong time and become a victim of crime just by being a bystander.

That has nothing to do with safety.

The safety here in Palya del Carmen for tourists is much higher than one should expect to believe from newspaper articles. The ongoing cartel wars are exactly what they are: wars among cartels.

Shootings happen among cartel members and rivals, not among tourists. They are very direct, close-by hits on members of the opposite cartel, drug dealers, and people with cartel activities, and you as a tourist are far from where that happens.

I think the biggest feeling of unsafety for me is walking down 5th avenue and being constantly hassled by drug runners offering me all kinds of free samples and possibilities, disguised as souvenirs, cigars, or tour salesmen they approach you, coming too close and being rather aggressive in their talkings.  One once made a sigh of pulling a trigger on me. I mean that kind of thread is much more real here than being in an actual shooting

They all have a good laugh about it, but it is me that walks away uneasy.

The tourist police, federal police, and city police work very hard to keep these incidents to a minimum. Their constant presence, even on the beach breaks up larger groups of Mexican men drinking alcohol and assisting tourists whenever they can.

One thing they cannot protect you from is scamming. That happens in restaurants when you ask for the bill. If you forget to check your bill and your waiter, after you have given him a tip is super friendly, 8 out of 10 times you have been scammed. he will guide you out of the restaurant, shake hands, and be too kind.

When you check your bill you often find that he added almost a day’s wages to the bill under some weird item like table tax, waiter fee, or something obscure like that.

It is not allowed, but which tourist is going to report this? Right? So it is hard to ban it from the 5th avenue restaurant culture

I once had a bill where my waiter added 400 pesos, almost 50%  of my actual spending. when I confronted him about it he became very upset with me, for I could easily pay for that. Why did I make such a fuss about it?  I deducted the amount from the bill and left without the common 10-15% tip. Telling him I knew he did something illegal and I could report him over it. But that I would never return to his restaurant.

I live in Mexico and I do not feel unsafe. I do use my common sense and gut feeling, if something or a place does not feel good, I go elsewhere.

For example, I never use the ATMs on 5th avenue, I always go to one in a bank building. This way I am almost sure that I will not be skimmed, robbed or someone is watching me. (Update 2022, the ATMS in 5th have all been removed or replaced, and Bitcoin ATMs are available in several locations in town)

And I never go home late at night drunk walking the streets. I always keep my attention to where I am and what I am doing otherwise I make myself too vulnerable. But I do so in every part of the world, not only in Mexico, it is just common sense.

Are you planning a trip to Playa del Carmen read this:

You will enjoy your stay in Playa, trust me!

UPDATE 2022: Due to rivalry among cartel members and cartels trying to get a grip on the drugs market in the Riviera Maya, there has been a lot of violence lately. it has the government’s attention and a battalion of Guardia Nacional is sent to Quintana Roo to address the shootings and other crimes that come with drug culture. Be aware that possessing drugs in Mexico, and buying to selling them is still a criminal offense. And be aware that when visiting the Riviera Maya currently there will be a lot of police force visible. Cartel violence is always among cartels and cartel members and they try to keep it away from their market, which is you, the tourist. 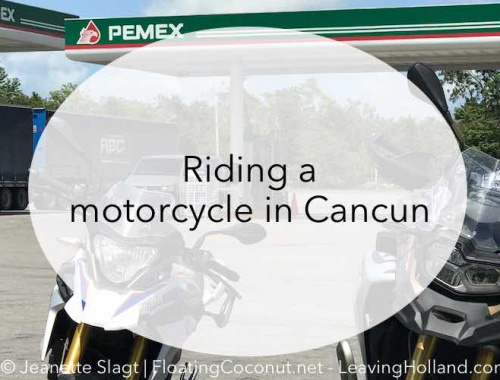 Riding a motorcycle through Cancun 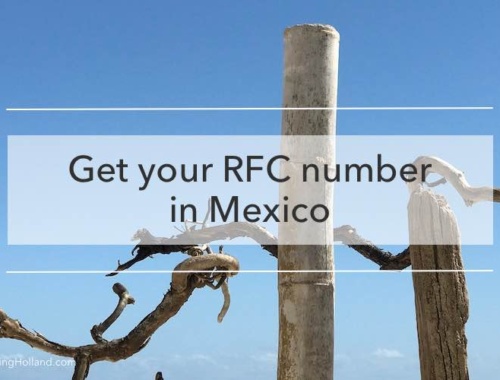 How to get an RFC number in Mexico 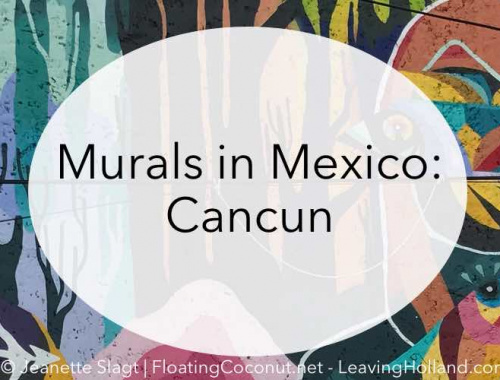