I checked and double-checked the word he used, and he confirmed the synonyms. That was what he meant when he used the word. And I was in shock. For me being called a snob is like an insult. In my culture and country, a ‘snob’ is not a nice person, it is a negative mention of a person of which you dislike the traits or attitude. So being called a snob by my boyfriend was bitter pill to take.

Even after I made sure that that was what he meant, I still could not believe it. And I have searched the internet about it, to find out where my deep hurt feelings and disappointment came from. Was I overreacting? Only by the mere thing I was doing: researching if I was really a snob, I kind of showed I am not. Well, at least that is my conclusion. My boyfriend was very judgmental in general, he claimed in a playful way, but he hurt my feelings in the past by judging me over behavior I did not show or do not have. But the snob-thing stuck. It was hard to forget or to get over.

When two people do not speak each other’s language and one has to constantly use Google translate to understand while learning the language it can put a strain on a relationship when it comes to growing in intimacy and trust. Daily things are okay to talk about, and misunderstandings can create funny situations, but when it comes to communicating emotions the one that does not speak the language has a huge disadvantage and has to rely on the other person’s words and explanations.

That makes you vulnerable. Gaslighting is easily done this way and words and meaning of words due to culture or country or region can be mis-explained. You need to trust your partner for being honest with you about the meaning of the words and the deeper meaning of the conversation. If that is being misused you are in ar relationship that has no common values or respect.

Dating in a different culture can create misunderstandings

When you date in a different culture you have to be aware that misunderstandings will occur. You need clear and honest communication to overcome this. Some differences may need adaptation and some you just have to accept that they are there, but not your piece of cake. You have to respect the other person for that difference or draw your conclusions if you cannot, maybe it is best to end the relationship.

When you live in a developing country you are almost always seen as a wealthy person. Even though you know, as I know, there is not much wealth in your bank account and you live in a low-cost country for a reason. If I were to live in The Netherlands I could not pay my monthly bills, here in Mexico I can manage, living in the Philippines before moving to Mexico I had a lot more money to spent. Although some websites claim these two countries to be rather similar in daily expenses, the area you live in makes a huge difference. And at the moment I live in one of the most expensive states of Mexico.

But people still see me as wealthy, due to my skin and hair color I am considered to be

a. a wealthy American that can afford to stay here long term

b. a very rich Canadian widow that inherited a lot of money or has a huge pension

And I am neither one of those. I am a digital nomad, in the second half of my life struggling to get by. And there is an end to my money.

Yet I do know that I have a lot more to spend than the average Mexican worker. I am well aware of that, and where I can I share, help out and try to be kind.

That does not make me a snob, that makes me a nice person with a certain standard of living

Maybe my boyfriend considered me s snob because I refuse to eat intestines, live in a house with mold on the walls, and like a clean and nice living room that is tidy and organized? I have no clue. He kept saying it was a joke and spoken in a nice way, but the only thing I could think was: you enjoy my snobby lifestyle a lot sir……but I am so sorry if I make you feel uncomfortable, living the way I do.

On occasion, I still speak with my Filipino ex, and it bothered me so much that I asked him if he considered me to be a snob. After all, we had a huge social and economical difference between us, that we sometimes talked about because it bothered him.

He told me I was far from a snob. And he wondered where my self-doubt came from. I told him I was called a snob. And he told me to put it aside. To him, and he was sure if he would ask around on the island where I lived for an extended period of time, nobody would consider me a snob. A lady, with qualities and likes yes, but never a snob.

“You never judged me for my simple life and my low income, you tried to help me and gave me a chance for a better life, you dated me and loved me, how can that be snobbish? ”

He remembered whenever he felt unworthy of me, I seem to sense it and we would talk about it. But he assured me those feelings were his, and not imposed on him through my behavior.

He reminded me of all the good things he helped me do on the island. And we dug up some old memories like playing for secret Santa. Suddenly it dawned on him that it might be my current boyfriend. But I told him it was my now ex-boyfriend, and he said: good, for if a man that loves you judges you in such a way he does not deserve you, he is a jerk, even if it was a joke, it was a disrespectful joke. One that should not have been made if there is love.

In a macho-men-culture like in Mexico men are raised to be providers for their families. They are responsible for their well-being. And although spoiled rotten by their moms and emotionally not always the best-developed persons, they seem to have a superior feel about their role in society and within the family. It is an attitude that can create very protective and romantic moments or the exact opposite.

I remember my Mexican boyfriend often saying things like: I will prove I am worthy of you, I will do this and that to make sure I can provide……I never asked for those things, I always told him I accepted him the way he was.

I knew he envied me although he always denied it, maybe he did not realize it himself where his mixed feelings came from. But he enjoyed the good food, the bottles of tequila and beer, and even shopping. And who can blame him? I would have enjoyed it too. No judgment there. But do not say one thing and act the opposite.

Dating a Western person comes with benefits, and as my Filipino ex would say: I would be stupid to refuse those benefits.

My last Mexican ex resented that I paid for things or so he said and found himself probably in a mix of pleasure and the (cultural) urge to be the one to pay.  But to call me a snob over my lifestyle and life choices. That is totally undeserved and unfair and comes from a place I can’t relate to.

If you have any questions about your relationship, please do not hesitate to comment below this article, or mail me about what is bothering you.

Travelling from Iloilo City to Bacolod

Traveling from Bacolod to Sipalay 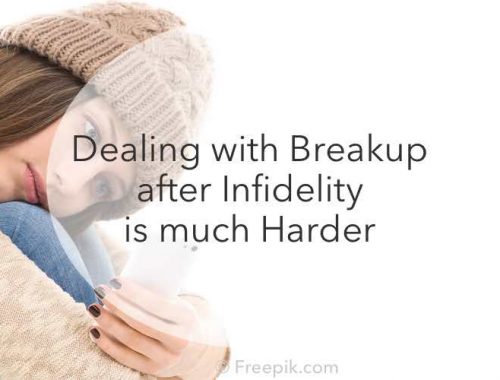 Dealing with breakup after infidelity is much harder 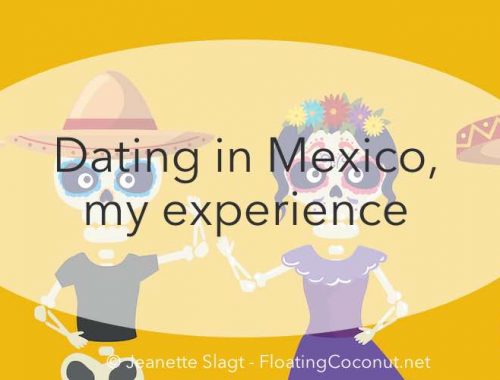 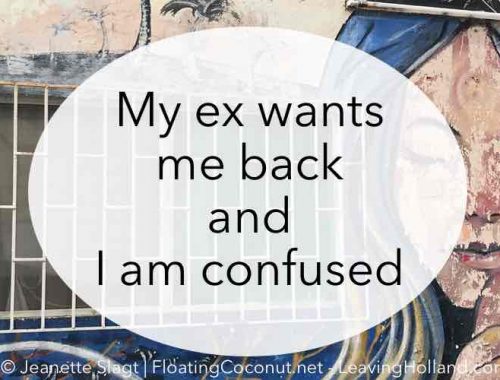