On my last tour through the Netherlands, my best friend and I planned to visit the prison museum in Veenhuizen. We both read the Dutch book ‘Pauper Paradise’, telling the story of families that were sent to the correctional colonies of Veenhuizen to be disciplined, learn how to raise children, stay out of debts and live a clean and healthy life.

When we entered the village of Veenhuizen the first thing we noticed was the commemorative stones correctional and motivational quotes on the staff houses front walls, just above the upstairs bedroom windows. Later a guide learned us that they were there on purpose, with Veenhuizen being a prison colony that was completely self-supplying the workers marched to work every day and had a good correctional read on their way.
Only years later the society realized that hardly any of the inmates knew how to read. We speak of 1820 when General Johannes van den Bosch started the Society for Benevolence. The society bought 30 km2 of land to provide housing for the poor deported from the big cities in the west of Holland.
The headmaster’s house states: Knowledge is Power and the Pharmacy is called: Bitter & Sweet, but there were also sculptured stills that wrote: ‘Work and Pray’ and ‘Order and Discipline’

If you were found guilty of vagabondage, theft, drinking, gambling or other society unfit behavior, or, as in some cases the mayor would think you and your family might cause problems or dislike you, you were send off to Veenhuizen and became a ‘guest’ of the Society.

The village of Veenhuizen was sealed off from the surrounding world, only staff and inmates walked the streets and fields. Being a self-sufficient colony there was no need for outside contact.
But the stigmata never wore off. Dutch people called it “the asylum” and once you had been int he asylum you were an outcast. Needless to say that many of the inmates returned with their families again and again. For in Veenhuizen they had some status and were treated well, in society, outside Veenhuizen they were outcasts.

In the 19th century, the Society went broke and the Justice Department took over Veenhuizen. It became a penal colony. The museum is located in what they used to call ‘Complex 2’.
The grounds Veenhuizen was on were treated as company grounds with special status, which meant that also police had no power there, Veenhuizen had their own patrolmen and guards.

Staff including families lived on the premises and inmates would work for them. Your social life was entirely inside Veenhuizen’s boundaries. Our guide told us that when a husband died, the widow would get a letter from the state department telling her to leave the village within a fortnight. And when you retired you also had to leave at once. To me that sounded harsh and unfriendly, since you were instantly disconnected from your life and social ties and had to relocate without any assistance to ‘the real world’. From what I got from the tour in the tour we took in ‘the scoundrels-bus’ driving around the entire village and grounds was that Veenhuizen, being such a closed community, was far from a realistic world.
They had their own bakery, butchers, food supply, and infirmary. Schools, mills, power supply, churches, graveyards, and community houses. So there was hardly any contact with the outside world.

In the last few years, Veenhuizen prison was modernized drastically and became a maximum high-security prison, if not the only prison where hard to correct inmates would go if they were sentenced with additional punishment like solitary confinement because of misbehavior in their own prison.
Prison building “De Rode Pannen” is open for tours, since it was closed only a few years ago and it will show visitors how daily life in a maximum-security prison in the Netherlands is.

Veenhuizen still holds a prison complex, in the near future some of the grounds will be leased to the Norwegian Prison Department for the housing of 200 of their prisoners. There is also the shelter for AMA (single underaged refugees) and of course the museum with its enthusiastic tour guides, great restaurant, and interactive tour through imprisonment and punishment in the Netherlands from the middle ages to 2015.

Applying for a visa at the Philippine Embassy in the Netherlands

Where to park your car in Playa del Carmen

Dutch Sunset, my 5 most favorite 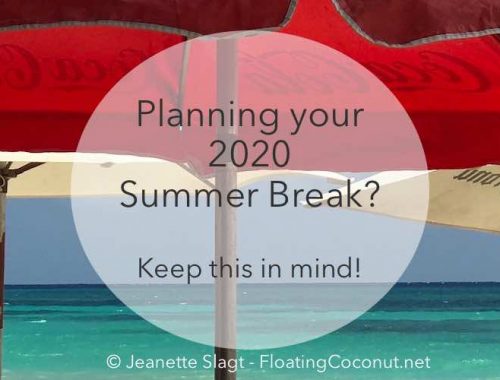 10 things to keep in mind when planning your 2020 Vacation?

Is it common for Dutch men to visit the Red Light district?