Sweet talk or piropos, there is a little confusion on the internet about what the real meaning of the word piropos is, some say it is pick-up lines, others say it is innocent flirting. But I know it confused me like crazy in the beginning when I first was confronted with it.

I remember the first time my bus driver in Cancun called me “corazon”. I was shocked, why would he call me that. We Dutch are not known for our sweet talk, so to speak, we are a kind of distant people that do not express compliments easily or use words like “honey” or “sweety” often. Only some people do and in certain circles, like among family members. But when a salesman at the market called me “honey” or “sweetheart” in the Netherlands, it kind of makes you giggle and is not common at all. So when an average bus driver calls you “Corazon” (heart) it feels odd. Especially when you discover he calls every woman that enters the bus no matter the looks or age.

How does his wife feel when he gets home after a working day and calls her corazon as well? I wondered while he friendly welcomed all his corazons to his bus.

It is a pretty common thing to be called “Mami”

It was only when I started dating I realized it was as common as sunshine and tequila are in Mexico that men use sweet talk for women (and their moms and children end even for male friends). Even if they have no interest or no intentions of really dating you.
And now 2 years later I’m kind of used to it, my allergic reaction has subsided to a mild irritation when my butcher calls me muñeca (doll) or the vendor calls me Mamacita.

It does not make me move faster, buy more or be more open with them

I still feel the need to correct them, but I swallow it. And I still find it annoying but somehow I hear it less, as with all things you get accustomed to. One day I heard an old lady calling the girl behind the desk at the bank “Muñeca” and I kind of adapted to the fact that it is part of the Mexican culture to sweet talk to everyone that grants you a favor, or to everyone you want something from.

It was my boyfriend who explained the nuances to me

It was my (now ex) boyfriend that explained to me, after I found out he called women on Facebook and on his Whatsapp also “heart”, “Amor” and “vida” who calmed my heart on the matter. Although I did tease him with the fact that he called half the world “Vida” when he calls me “Mi vida” and he laughs and explained the emphasis and the differences are in the intonation and the tiny word “mi”.

I speak from the heart, corazon when I speak with you, for the others it is just a word to flatter them, with you it is emotion.

It seems to be a matter of intention

So it is a matter of intention? But how to know? How to know when a man is really flirting with you or just being friendly or pulling your leg? Although I do not believe leg-pulling is really a thing in this country when it comes to flirting. I strongly believe it is serious business sometimes. But it all depends on the ambiance of the setting, place, time, availability and so much more that might only exist in the head of the speaker.

And when it comes to relationships: How to know if your guy is just being friendly and the other woman knows the difference and doesn’t turn hot on his words and makes a move? For the people in this country are very “Caliente” so to speak!

And if it means little to nothing all those sweet words, why did my boyfriend get all possessive if a cab driver called me something sweet?

It will take time, I guess, to figure it out?

I will never fully get used to it, but that is because of the combination I make in my head with the position of the woman being an object of lust in Mexico, far more than in any other country I have visited so far.

This country almost breathes sex and desire. I have seen men stumble over their own feet to check out a woman passing by and eyes wander off a lot here and so do minds and not the least bodies as I see plenty of sex hotels and hotels per hour available. Include the sex shops that are plenty, you might think that Mexicans are fully into sex and maybe the piropos is the start of the escapade they all secretly long for. Who knows?

For me, it will always be a conflict with the position of women in society

I know Mexican women will argue with me on this one, and probably the men also, nobody really seems to care much about this topic for it is part of the culture here and embedded in society in a way nobody seems to take offense by it, only occasionally.

But coming from a different country I still feel sorry for the butcher’s wife and all the other wives when I hear the husband call other women names they should cherish and hold for their loved ones. Words have meaning, and when words are used often they lose their meaning.

I remember a family member back home, the sister of my ex-husband, she would call her husband “Honey” on every occasion, if you knew not better you could have sworn that Honey was his name. She mastered the art to say “Honey” even when she was mad at him. She would snap: “Honey…..and then the offense would follow or the annoyance….”. I always felt sad, for that is such a misuse of the word, it was spoken without thought and had lost its meaning.

Same in Mexico with piropos, although the men are passionate here and the words do have meaning, I still flinch when I hear them use words that have a meaning of intimacy and closeness for the greater public or female bystanders, and not save them exclusively for their loved ones or intimate partner.

How to get from Dumaguete to Cebu City?

The cost of living in Cebu City 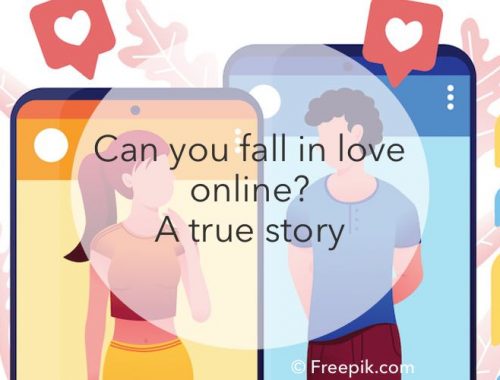