All my blogging life I have been a blogger that writes from the heart. Now, in the new surroundings from Leavingholland.com I find it hard to write in that same style. English is not my first language and words still pop up in Dutch, and being dyslexic makes it even harder to correct grammar and spelling in a language other than my native tongue.

My heart grows a bit silent each time I hit the keyboard.

I wonder how I can get the magic back in my writings. It is not only the eagerness to give you good quality content, but it is also the satisfying feeling of having written what was on my mind. I use this writing concept I learned from The Artist Way, called ‘The Morning Papers’. Sitting down in the early morning, and writing about the first subject or word that comes to mind. It helps me to put daily life in perspective and takes away the sharp edges of life.

Maybe I should write my diary also in English and forget about the Dutch language all together? Only Dutch conversation will remain. But there is this huge lack of words that I’ve never experienced before. Maybe I’m pushing myself too hard?
Eagerness can kill creativity.
And maybe it’s just a matter of not much happening. Actually the life I’m living now is so boring even I fall asleep sometimes. When I’m in my backyard enjoying the sun, reading a magazine. I can find myself waking up hours later after dozing off in the warmth.

I have been a blogger ever since blogging was invented, I think in blog-moments. I ‘ve had several blogs, the latest and longest owned by me was “Hallo Aarde, hier ik” (Hello Earth, it’s me). I had my own recognizable style, like a writing signature. And a huge group of readers and followers.

I miss the Voice-over in my blogs on Leaving Holland, he kept me to the point

After ending my Dutch blog “Hello Earth”, my whole internet world changed: no more Child 1 and 2, no more Monsters running around my living room playing with their artificial mice, no more…….

Yeah what else? Tell me JC….come on, spit it out, say it! You have missed me, woman! Hallelujah! Credits! Finally!

O yeah almost forgot about him, the Voice-over. I kicked him out too. He was a kind of busybody nuisance interfering with storylines now and then. And there was Bear, I gave him away to a little boy. And the Spider in the Closet called Sjakie.
It is all coming back to me now, I had forgotten about all the characters playing a part in Hello Earth.

Maybe I should introduce you to some of them. And take them with me on Leaving Holland.
After all, they are a part of me and my internet world, and those characters living in my head can move along without expensive plane tickets and lots of luggage.
And maybe the English of the Voice-over is better than mine and he can help me out with my grammar?

Wouldn’t count on that dear, my Mandarin and Hebrew are better than my English I’m afraid.

You do not speak such languages Voice-over,  don’t boast like that.

How would you know?

I know, now shut up!

And maybe I should start drinking better coffee also in the morning the stuff I’m drinking now is too horrible to describe. After all: creativity needs nourishment. A writing comfort-zone would be more productive if I did not pinch pennies on instant coffee.

We are shifting to a friendship that is much more worthful

Yesterday I spoke with Arnan, aka Child 1. We were waiting for a bus that never came, talking about insecurity and our true feelings about leaving The Netherlands. It was an open conversation that I learned a lot from. The lack of self-confidence sometimes is hard to overcome and its a day job to deal with the feelings accompanying it. He told me a bit about his self-confident façade and how he copes with matters. And I’m always pleasantly surprised how wise and grown-up he is. Although always my first-born child, I now also see him as a man. Dealing with all the flaws of his upbringing and all the hurt of his childhood and still being a strong and confident guy. Amazing how powerful he handles his life.

When that delayed bus finally arrived there was this new understanding between us. We are not the ‘open’ kind of people and we love to keep things to ourselves, but planning this huge life-changing trip makes us friends. The relationship is shifting from mother-son to an equal friendship between 2 adults. I like that. I dislike the mainstream mother-son hierarchy, you know, where parents force wisdom upon their children and demand respect on nothing else but age.
So I’m a very content person right now. Living my calm and dull life while preparing for an exciting move to Asia.

Is it common for Dutch men to visit the Red Light district?

What does my Handwriting say about me?

Early summer morning in the Netherlands

What I learn while Traveling the World 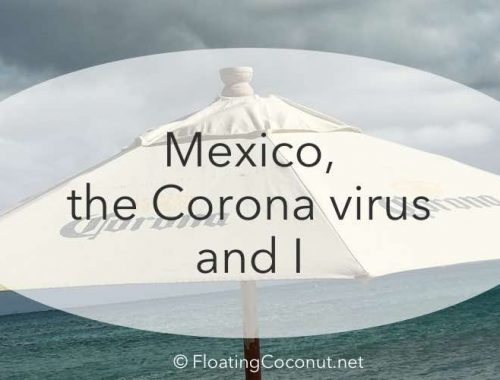 Mexico the Corona Virus and I