More and more Filipinos follow in the footsteps of the women in the Philippines and look for relationships with women from Europe, America and Australia, so-called ‘white women’ in this country.

But there is a lot of prejudice about white women. Like men in third world countries everywhere they tend to follow the prejudice rather than explore the reality of dating a white woman. And it is my belief that for the men in the Philippines, it is hard to break free from cultural habits and to be open-minded about the women from the West they meet.

Like the Filipinas, many men look for financial improvement of their lives. Int heir case, they will not want to work anymore when their partner can support them. This is embedded in the culture. Prejudice white women have about Filipino men is that they are lazy. And having lived here for 3 years I can only say No smoke without a fire. Although many Filipino men are good caretakers in their families, many also enjoy a laid back lifestyle and take life a little too easy, hanging around drinking and gambling.

She will be to high maintenance for you

That may seem so and may apply to some of them. But most Western women, especially those from Europe are too realistic about their prospects to be high maintenance. We realize that we can’t have it all, that is mostly the reason we escape the Western world. And we are willing to step down from the quality of living we were used to and we can adapt pretty well to lower living standards. We do not need to wine and dine in expensive restaurants and we will be more than happy when you plan a date under a starry sky with a bag of crisps and a bottle of beer or Tanduay. Do bring a bottle of coke as well.

Although American women are known for their expensive taste, there are also American women that come from the countryside and that enjoy simple things.
For most women, it is the effort and the thought that counts.

When you as a man, go fishing or diving, bring us a shell. When you have a garden, bring us a flower. When you want to surprise us, make us a coffee or a tea, or bring us a buco juice.

I do not think Western women are racists, and this prejudice sounds a bit like that. Putting yourself higher over another person is not what we learn in Western culture. We live in a multicultural society which holds more nationalities in an average city than the Philippines has national languages and dialects.

So we do not look down on people. Well, some of us. There are those that look down on those people who do not want to change their lives. For we are very goal orientated, that is how the Western and American society works. Your date will need some time to adjust to the Filipino way of living in the moment. But she will be more than willing to learn.

She will not understand your culture

Let me turn that question around: Will you understand her cultural background? probably not. And when people from different cultures date there is a lot more ground to cover than when you are dating a Filipina. For you need to work your way through mutual cultural differences.

But because your woman comes from a culturally diverse country she will know that she needs to adjust, as you need to adjust. That works both ways.

But do not be fooled by her willingness to adapt to your culture, you cannot fool her, For western women do not take on a lot of bullshit. when you tell her it is a cultural habit to gamble, drink and do nothing all day, she will not buy it.

You need to communicate a lot, and you need to willing to be vulnerable and upfront, something that is very uncommon in the Filipino culture, but to build a good relationship it is essential. Western women love to learn where things go wrong and improve.

She will only use you to experiment and not marry you

White women are very open about relationships and sex. And we know what they say about Asian men, that they have a small penis, and black men have the largest, etc.

But we are half of the human race that invented the line: Size does not matter.
Well, I like to think that was us, women. 🙂

You may also like the article: Are white women attracted to Asian Guys ==>

Like any woman on this earth, we have a need to belong, to care, to cherish. And we are not so cruel we will just use you to experiment. On the contrary, you might find your date so open she will shock you.
She will tell you right away whether or not she is looking for a relationship or just a fling.
It is up to you how to deal with that. Maybe you 2 can experiment together.
\Marriage in the Western world is not as strongly valued as it is in the Philippines. We believe two people can live happily ever after without a marriage certificate. That does not mean we will be unfaithful. We will have the same values as in a marriage once we commit to you.

She will raise your children in her culture

Once the relationship has come so far that there are children. I believe the White woman will discuss the way you raise the children with you.
And she will honor your culture and hers in doing so. We do things differently in the West, like: our babies will never wear woolen hats in summer only in winter. But those are not the most important things.

She will be more disciplined about the children’s behavior than most Filipino families are, again because she was raised in a goal-driven society. And she wants a lot of involvement from you in the upbringing of the children.

Be prepared to change diapers, get up in the middle of the night to feed the baby or give it a bath.

She will only think you want her for her money

So when the conversations evolve a lot about prices, bills and expending the business it is hard for a Western person to not feel the pressure on his or her wallet.

We are so aware of the fact that we have more money to spend, even when we are not rich, and we are also very aware of tje ongoing topic everywhere white people meet that in the Philippines (or any other third world country) we are walking ATM’s.

So when you date a woman with low self-esteem, and many older white women have that, you might have some troubles ahead in that area. I sometimes accused my (ex)boyfriend from only love me for my money. But that was not about him, it was about me, seeing all my wrinkles, being aware of the age difference etc.

When you date a white woman you need to know this

And they are great fun, for they are also open-minded and willing to try on anything. They are raised in a society that teaches them that they can achieve anything a man can achieve.

Getting your Drivers License in the Philippines 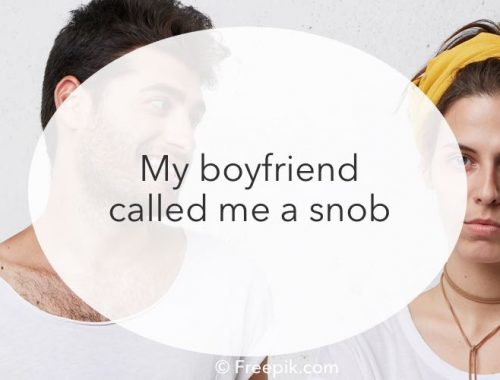 My Boyfriend called me a snob

Being Scammed in a Relationship in the Philippines

The Difference between Filipino and Western Men