I am from the Netherlands an over-regulated country where everything always is available and always works. Well, at least there is always water coming from the tap. And it is drinking water, a pure quality that makes buying bottled water unnecessary.

When I left the Netherland in 2015 and moved to the Philippines, I knew I had to buy bottled water for drinking water. We are raised in that awareness in the Netherlands that not every country produces drinking water when you open the tap. But I had no idea I would be living without water, or depend on rain water for my water-supply.

Living in the Philippines raised my awareness of water problems

I became very aware of the water problems in this world after moving abroad and living away from the big cities. On the island of Siquijor I had no tap water whatsoever, I had rainwater. There was a well high up in the mountains and the foreigners on that area build a pipeline and a water-system for the houses, but it was ruled by the local village people, and we foreigners were shut off more often then we were allowed to use our “own” system.
So I highly depended on rain water for my water around the house. I had huge tanks, but when rain didn’t come as expected and it was a dry raining season, I was staring into those tanks and cisterns to see the bottom. (read also: Drinking water and water supply in the Philippines)

And even in the suburbs of Dumaguete City, the expat and retirement paradise, my water was turned off many hours per week to save water for other areas and for tourism.

I learned that tourism comes over local people and local people come over expats when it comes to water distribution. And unless I wanted to wash at the village pump, I had to deal with my water rations and count my flushes, take bucket showers to save water until the rain would come.

In Mexico it is no different, I have water every other day

I rent a house in the desert in Baja California Sur, and I have water every other day. That’s good, I manage just perfect because of the two huge storage tanks on the roof. They fill up during night time when the wateer is switched on.

Water pressure is something else, sometimes there is so little water there is hardly any pressure on the garden hose. In the house the pressure is ok, due to the pump.

Stepping down on the ladder of development

Coming from a first world country, where everything is always available, I stepped down in the ladder of development. And I becaem more aware of my carbon footprint, of water issues int he world and how people deal with it.

When a foreigner in countries like these buys land and finds a well on his land, he is bound to build a water-system for himself. And some even share it with the local people in the neighbourhood, but only after installing meters. For it is “his” well, and “his” water. I have an opinion about that. But never-mind my opinion.

More important, sometimes the locals have a meaning about that too. And in the need for access to fresh water, these arguments over ownership are not always settled in peace. Sometimes there are fights till death follows.

the Tourist never notices anything about water shortage

With clean towels, bathrobes, bedlinnen on demand and plenty of swimming pools op the hotel grounds a tourist will seldom be aware of any water shortage. The water will be cut off in the nearby villages first and tourist will live their happy holiday over the back of the poor.

I have never been in a hotel where there was a water shortage, or where bedlinnen or towels were not available due to water being shut off.

And like I said before, if I had not lived in these countries, I probable would have never known about it. Maybe I would read a headline in a newspaper, but that would be the closest a person in a first world country comes to knowing about water shortage in the world.

We do know about the rising sea level

The west is more concerned with the rising sea level than with the drought that drives millions of people away from their home-grounds to find a better life and find water.
And I keep wondering during my one on, one day off water-supply why we do not use seawater more for water int he house. I can flush my toilet with salt water, for instance. And there are desalinisation-projects, so why not expand them and solve the enormous drought by lowering the rising seawater? two problems solved in one.

Let me guess, we need a lot of investors for distilling water is expensive?
But still……….

Replacing a Clutch Cable on a BMW G310GS in Mexico 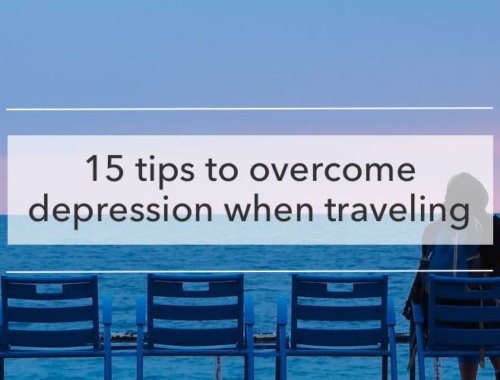 15 ways to fight depression while traveling