Since I am going to stay long term in the Philippines I also need to apply for an ACR iCard. So I had a lot of documents to fill out.
I kind of struggled my way through the ACR iCard document. But I shouldn’t have bothered. The ladies at Immigration helped me fill them out.

I entered the immigration office that had a lot of tables set as if there was going to be a wedding or something. White and blue tablecloths and centre-pieces, a buffet to be were set out and I was told that is was the Station Chief’s birthday that day. And I was happily invited to stay for the mass that was about to happen.
Gosh…really……so there I sat: listening to a Catholic mass in Tagalog, getting holy water thrown on me and the iPhone I used for some reading while sitting it out.

I planned to refuse the lunch, but there was no refusal possible without hurting feelings, and being impolite so I accepted the plate and went in line for the buffet. I congratulated the Station Chief who said he was so happy I could join and stay for lunch. Yeah, I mean: what else to do? They had my passport. *grin*

The food was lovely, the hospitality was very Filipino: I mean once you had your plate you were left on your own to work out the rules and social habits. Of which I do not understand one bit!

In the Netherlands birthdays aren’t celebrated like this: you have a coffee break with colleagues around 10 a.m. share your home-baked apple pie or fruit pie that you picked up earlier that morning at the bakery shop and that’s it. Maybe they have a gift voucher for you, or if they are really into you a personal gift, but there it stops. And by 10.30 business is back to normal and the flowers on your desk are the silent remains of your ‘party’.

Here it was a time consuming and service disrupting thing that kept going on and on, even the karaoke machine was in the waiting area of the Bureau ready to be used. Lucky for me my passport came back before that started.
How would I have politely talked my way out of karaoke at the Bureau of Immigration?

So belly filled, confused over the bill and the fact that I only could extend my visa for 2 months and not for 6, and that an express fee was charged for my ACR card and I still had to week for approximately a week or maybe longer (???) before I could return to pick that up. They even suggested I waited two months and pick it up at my next visa renewal.

Please do phone if it is ready ma’am before you come to pick it up, the friendly smiling girls told me. I never got to ask what the express fee was for.
The heat outside hit me when I stepped out of the air-conned building.

That was an awkward experience!

I had yet another photograph taken and handed in 3 with the forms, my fingerprints were taken digitally with a machine that had such a dirty screen that one must wonder whether it will be my prints that go on the record. And I was the proud owner of my own passport again with a piece of paper sticking out that was stapled to the last page with my computer number on it, which I was told not to be removed.  In my other hand was the solemn declaration that I was not on any blacklist or a wanted criminal and a receipt with all the fees charged.

But most important: in my passport was a two months extension.

I got that without any proof of income and no onward ticket. So much for all those people sharing in their blogs and YouTube channels that you need all that for your visa extension. When applying for a visa after you have stayed for 59 days in the Philippines one coming from Europe does not need such proof!

I can stay up till 36 months, by just extending my visa every 2 months at any field office or 6 months at a district office, the lady of the Bureau told me.
And in probably a week or so, maybe a little later, I also will be the proud owner of an ACR iCard.

Can you buy a motorcycle in Mexico on a temporary resident permit? 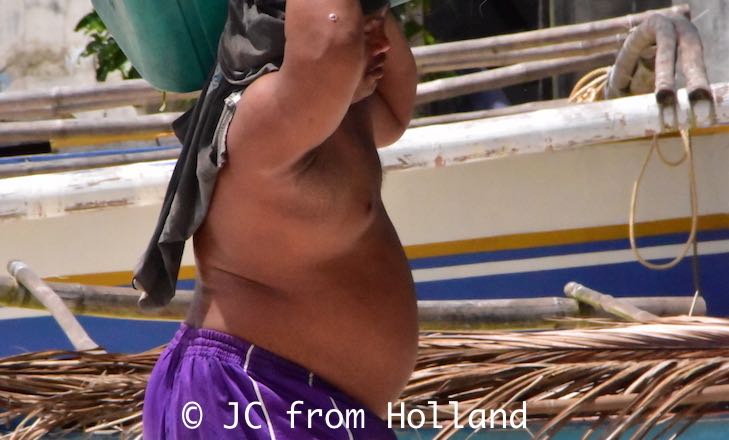 How to find Plus Size Clothes while living in the Philippines

How to transfer money to Europe from the Philippines

Is it safe to have surgery done in the Philippines?