So when I wrote this article for my Dutch website Leaving Holland, I realized that buying a watch for my MC trips might not be such a good idea. In my black and white operating mind, I picture myself constantly changing time with every mile I proceed.

That is an exaggeration of course but, time in Mexico is complex. For me it is. Maybe for you, it makes sense, but me being lost internationally with many friends all over the world, I am constantly wondering who goes to bed and who gets up. And add to that 32 states of which 4 have multiple time zones and border exceptions to the regular time rules in Mexico. Man, I might decide to ditch time altogether.

Mexico has summer and wintertime, but not everywhere

I live in Quintana Roo, at the moment, one of the two states that do not have summertime. Sonora is the other state. These two states decided to abandon daylight saving time because out of courtesy to the US visitors and trade routes. Economically and hospitality wise they thought it might be a good idea to not participate in the Federal agreement.
I guess that kind of decisions comes from living in a Federal State, where agreements and rules may change from state to state.

In the US border are there are more individual cities that agreed on following the US time schedule.

Mexico is huge. So it is normal for a country this size to have different timezones. In Mexico, they agreed upon roughly 3 and within those 3 Daylight Saving Time may or may not apply.

To make it a little more confusing there are 5 States that have multiple timezones.

What areas live in what timezone?

And within those time zones, DST (Daylight Saving Time) applies or not.

When to set the clock when you are in DST States?

This exception may also count for several other border municipalities.

The most important reason for emigration

Red Flags and Intuition during dating 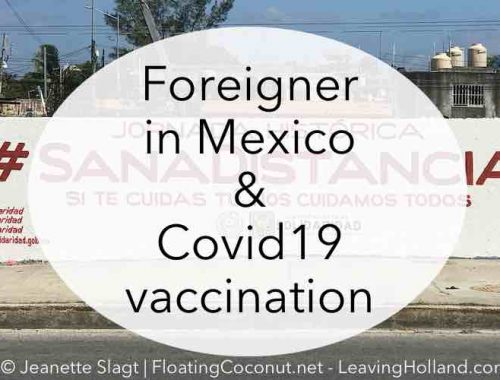 I am a resident in Mexico can I get a COVID-19 Vaccine?