While on my road trip through Mexico I kind of worried about checkpoints. There are many in Mexico and not all of them are legal.

Mexico is known for its checkpoints. Especially in the Yucatan Peninsula and in border areas there are plenty. Sometimes a stop is mandatory but you always have to slow down and wait for signals from the officers on duty.

When you check the iOverlander app you read the most insane stories of checkpoint experiences mostly dotted down by stressed-out American citizens. It made me wonder, are those checkpoints really that bad?

I know there are corrupt ones and ones that are illegal, and I know there are cartel-controlled checkpoints as well, and those from private militia. And when I sum it up like this it sounds like Mexico is crawled with checkpoints. And that is simply not true.

And they aren’t half as scary as some of the dramatic Americans write about on iOverlander or on random social media channels.

I have driven over 24000Km through Mexico and run into some checkpoints. The only time there was drama was when Americans were stopped in front of me. Even with my helmet on, I could hear them arguing and panicking. While nothing happens. Americans seem to always assume the worst, and maybe that is because of all the negativity around the checkpoint updates in apps and crazy stories. They are seldom polite, they always make a fuss and it never seems to go smooth. (read also: What To Do (and Not to do) at a police checkpoint in Mexico?)

And here come I, I greet the officer politely and mind me, I do not speak Spanish when I enter a checkpoint, that is just how I do checkpoints. Once I realize it is okay, and these are the good guys, I speak Spanish.

Simply because I do not do drama, I realize these men do their work, they are very polite even if they film everything which they ask permission for or explained why they did that, and they are forthcoming and very workable. And that is exactly why I write this post, to give some balance to the idiocracy that is going around on the internet over Mexican Checkpoints.

The Army is a bit more stick and to the point, but I must say, I was worried over nothing.

I have seen cartel checkpoints but did not have to pass them, but they did not look scary at all, although the dudes were heavily armed, they only stopped trucks, no private vehicles, I have seen illegal checkpoints, and at one point I used a car as a shield to cross the checkpoint simply I did not feel to pay a bribe to pass on a public road.

And I passed a few Immigration Checkpoints. Most of the time I could just ride on, with no need to stop, once I had to unpack, and a few times I had my paperwork for the motorcycle checked.

One time it was a sanitization stop and I got sprayed with some spray to disinfect.

In the videos below you see some impressive checkpoints. 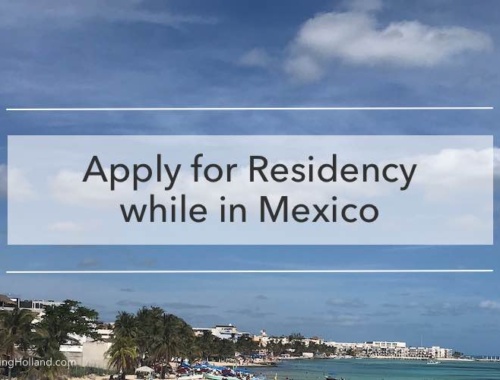 Can you get a Residence Permit in Mexico? 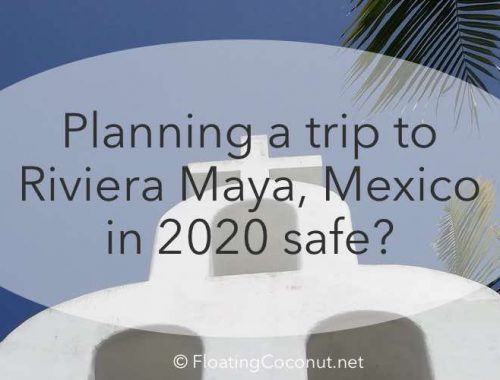 Is booking a trip to Riviera Maya Mexico for 2020 safe?

Let me show you the Colours of Mexico