We all are familiar with the term “Closure talk”, without that there is no closure and we struggle, something like that. And the internet makes us believe that they are healing and necessary and that healing from a breakup without a closure talk is much harder. I swear that that is bullshit!

I am not a believer in closure talks, blame that on my conflict-avoiding attitude towards life. I hate conflicts, and closure talks are most about solving conflicts. With two people hurting like hell and saying goodbye to “good old times” (for we are so tempted to remember those over really bad things and why it did not work out) I doubt those talks are only peaceful.

Besides, when you break up in a civil way, you tell them why you break up so why the need for more closure, but besides that, let’s figure you did not have a civil breakup, I believe you still do not need a closure talk. And I am going to explain why.

I had one, once, I stepped off my path and allowed a closure talk. It was after being in a very manipulative relationship with a guy who had more girlfriends than I have fingers and toes. (read: I dated a man with no integrity)

It was a disaster for me and a victory for him

We agreed to talk in a public place, and I could ask him anything, his brutal honesty about the lies he told me, the pain he caused me, and him blaming me for ending our relationship when I found out about the other women, was an experience I rather not think about a lot. It took a long time to get over it, especially because he wanted to have one last roll in the hay and that was the only time he was gentle and kind in bed. Later I discovered that it was his “goodbye sex” but he kept saying our relationship had not ended. For he did not want it to end. (read: Sex with a Mexican Man)

I did hurt more afterwards than I did before because now I also hated myself for being so weak and for being so utterly stupid.

And I realized that I had come so far in healing and now I did a tremendous step backwards in that process. And he walked away happy because he got it his way. I think that hurts more than anything else.

When we yearn for a closure talk, we yearn for help from our ex to understand HIS behaviour. And healing from a break-up is not about understanding his behaviour. It is about accepting and maybe changing how you reacted to that behaviour.

It is not about why he did this or that, it is about why you reacted the way you did, why you allowed it, why you did not set clear boundaries or why you did not know what you were looking for in a relationship. That is healing. Not why he hurt you or why he lied or……healing is about you.

And you do not need a closure talk for that.

The risks of a closure talk!

The longing for a closure talk can prolong your healing. That is for sure, pondering day after day on the why and how is not helping you forward. Especially when you date in another culture there are so many things influencing your relationship, to name a few

Add to that all the personal stuff you have this great chewy stew that you will never digest. Better to accept that the break-up happened and move on without that talk, this way you will not be vulnerable once again.

You show strength and dignity and solve your own shit instead of once again relying on them for answers you deep down inside already know: he or she did those things because there was a lack of commitment, a communication error, lack of respect, a cultural difference that you could not overcome or any of the other reasons. And most of the time your now ex doesn’t even understand why he or she did what they did.

If you do have the talk you are at risk of

Let’s be honest, most humans are not so skilled in communication techniques and speaking from a place of hurt feelings adds to that.

Blame it on my avoidance attitude or not, I do believe in the no contact rule for this kind of situations, nothing is more healing than a clean break. No looking back together and becoming all nostalgic, no one trying to convince you you totally misunderstood or you are to blame as much as they are. We all know that, so why chew on that together? (read: Why I follow the no contact rule after breaking up

Did I try a second closure conversation shortly after the first one? Yeah, I did, maybe I had to prove something to myself? I made up with (another) this man and we gave it another try, it lasted 3 weeks, we talked again because he kept pushing for one last talk and a friendship, which was not what he wanted, he wanted the real thing, it lasted 1 month.

When something is over, it is over and it takes a strong person to admit that and fix yourself after all that shit. Are you that strong person?

Let’s be honest, most of the time the longing for a closure talk comes around halfway through the healing process, the moment we start wondering how the other person is coping, for we do not seem to move forward.

There are still memories haunting us, all of a sudden it doesn’t look so bad and feels worse to be alone. If we journal we have to reread the journals to remember how awful we felt. That is the moment the longing for contact starts and that is the moment the “closure-talk” pops to mind.

It is about self-love

Left or right, the closure talk is just a lame excuse to put yourself right back where it all started: at their feet begging for answers you already know…….and for understanding, you do not need, for you forgot to understand you had to love yourselves more at the first hinge of discomfort, and when you had missed that, you really have to listen to your gut feeling more in the future.

Kingsday Festival in the Netherlands

Travel Photos: People in the Philippines 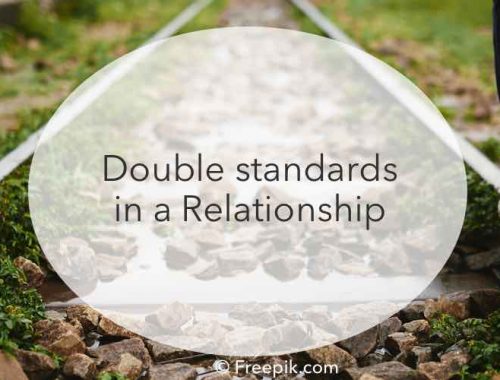 Does your relationship have double standards?

Getting back together with your Filipino ex